About the English language

The evolution of the English language

At the beginning, there was only English. For years, English was the only language that was used, and it only evolved after the people who spoke it created different dialects, including British English, American English, and Australian English.

The English language has evolved a great deal over the last few centuries.

The English language evolved from a Germanic dialect, which is a branch of the Indo-European language family. There are a few major dialects of English, including American English, British English, and Australian English.

English is a West Germanic language that is spoken by over 360 million people around the world. The language makes up the majority of the population in Canada, the United Kingdom, and the United States.

How many words and characters does an English voice over speak per minute?

This is a difficult question to answer as it varies with the speaker and their accent. They speak about 900 Characters or 150 Words per minute.

English is a language spoken in many parts of the world. It is one of the most commonly spoken languages in the world, and it is used as a second language in many other countries.

The English language is a complicated language that has many rules, but there are many resources to help people learn it. 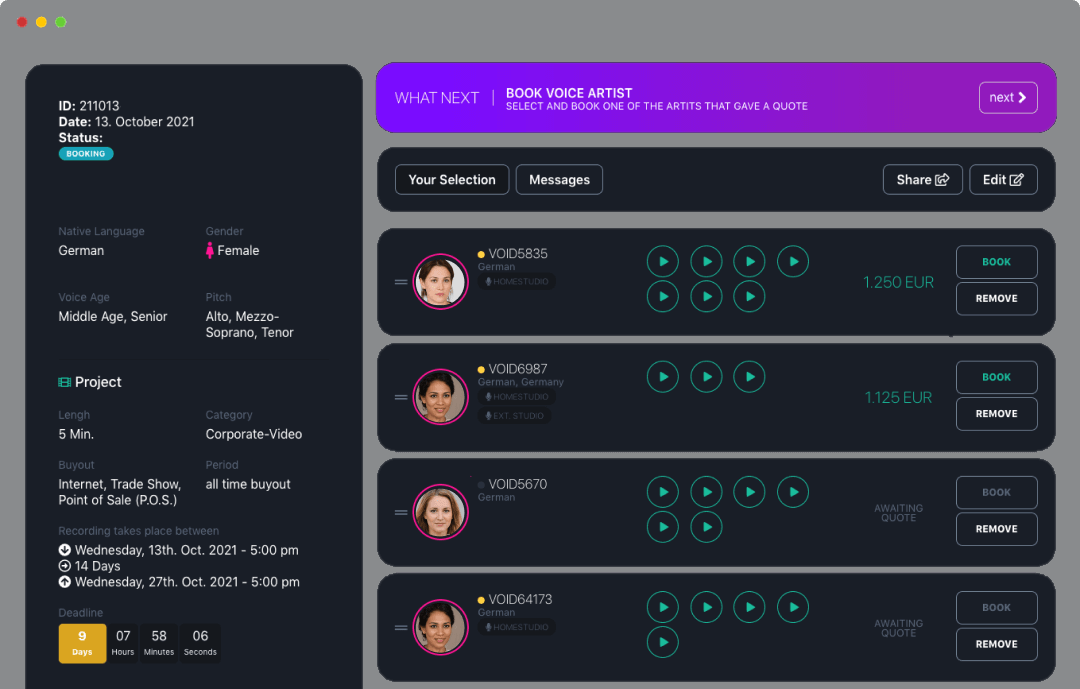 We help you find the right talent.

There is no need to go through the hassle of recording, editing and mixing the audio yourself. We do it all for you! Just tell us what you have in mind, and we will bring your idea to life.
Create casting

We make it easy to get a quote.

The quoting process takes a few minutes and includes free revisions until you’re happy with the result.
Get in touch 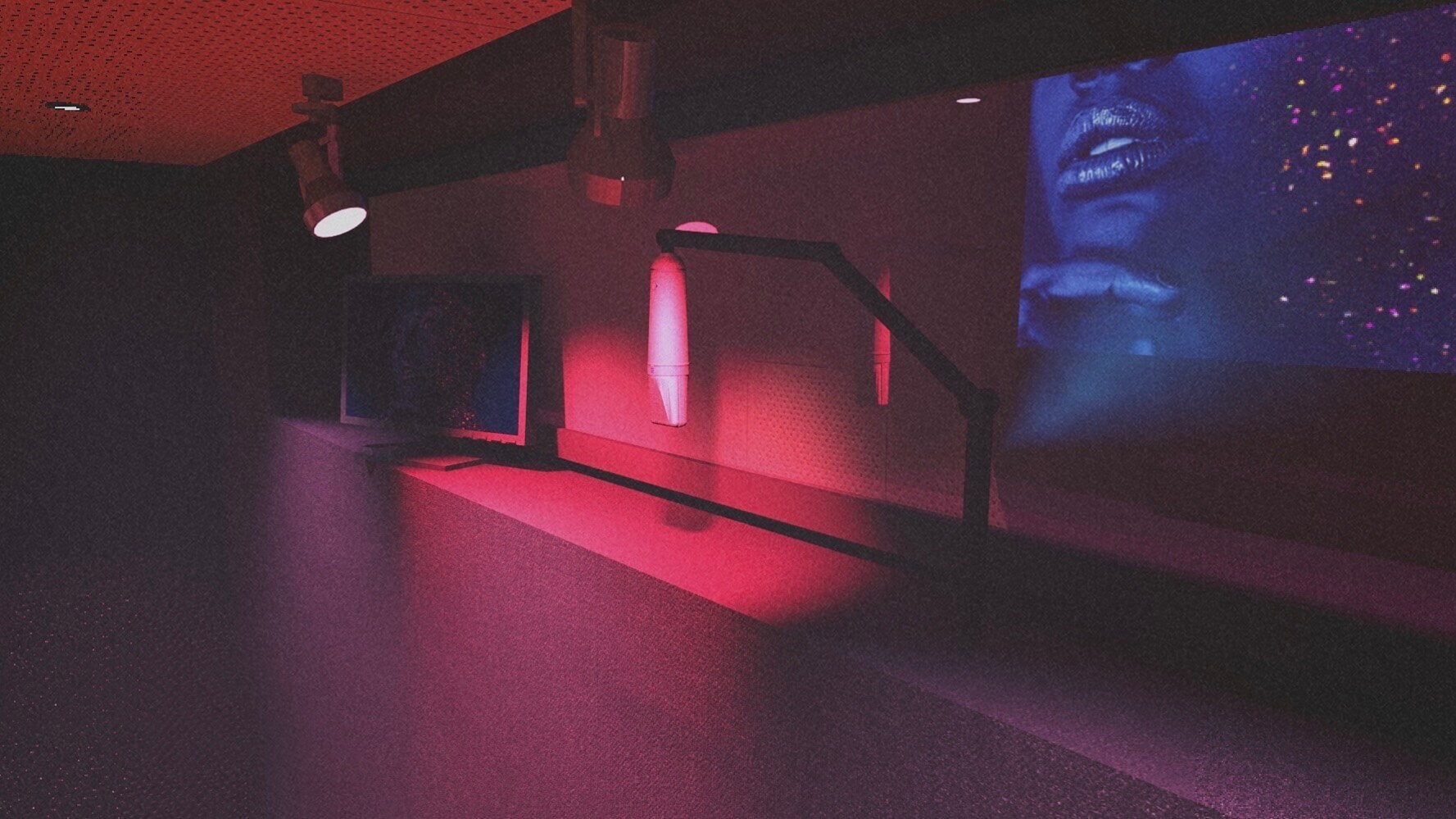 Find Native Voices from all around the world

Hire a professional voice actor for your need

Our voice booking platform brings native professional voices to your next production! Whether it is a TV commercial, corporate video, audio guide or an explainer video, we have you covered. We have a wide pool of professional voice artists from the Europe, USA, Asia, and the rest of the globe.

Listening to Audiobooks is as easy as never before. We provide the most wanted voices for audiobooks.

E-Learning is an effective way to improve your skills. Hire voice over for e-learning.

Commercials to promote your product to your customers. Find professional voice overs for commercials.

Corporate Videos are a great way to promote your company. Serious voice actors for corporate videos.

IVR Telephone is the best way to connect with your customers. We provide unique voices for IVR Telephone.

Video Games are a great way to spend your free time. The best voices for video games.

Narrators for various application areas. We provide amazing voice over for your videos.

Your Partner for Voices

Hire your voice actor for your next production.

Our voice booking platform brings professional voices to your next production! Whether i's a voice over for commercial, a elearning, or an explainer video, we have you covered. We have a wide network of professional voice artists from the Europe, USA, Asia, and the rest of the globe.

100+ Languages around the globe for your next project. 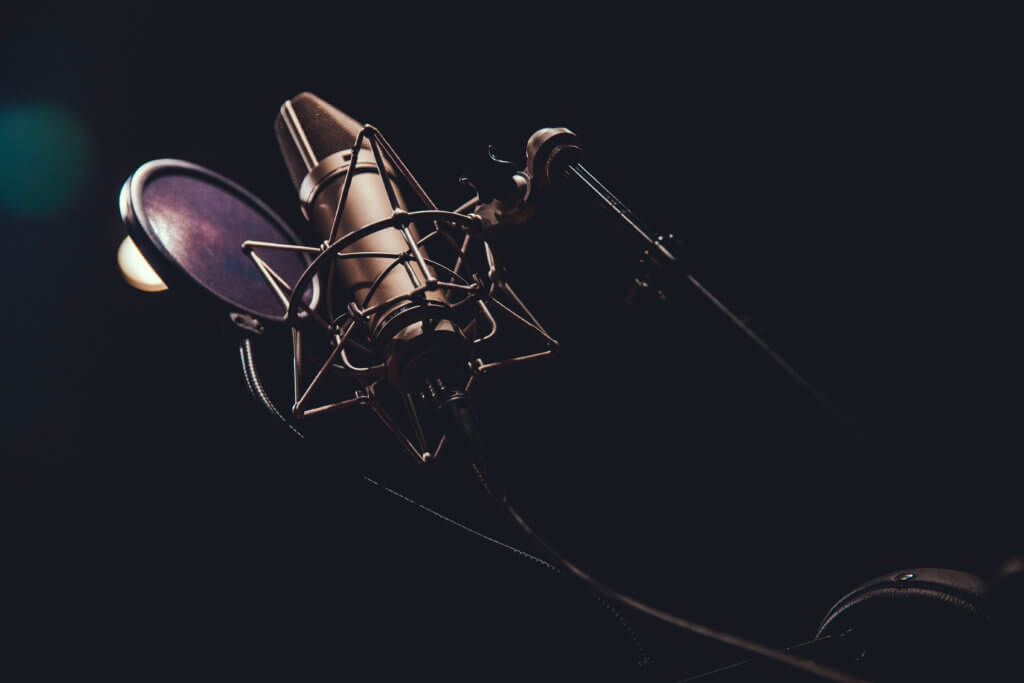